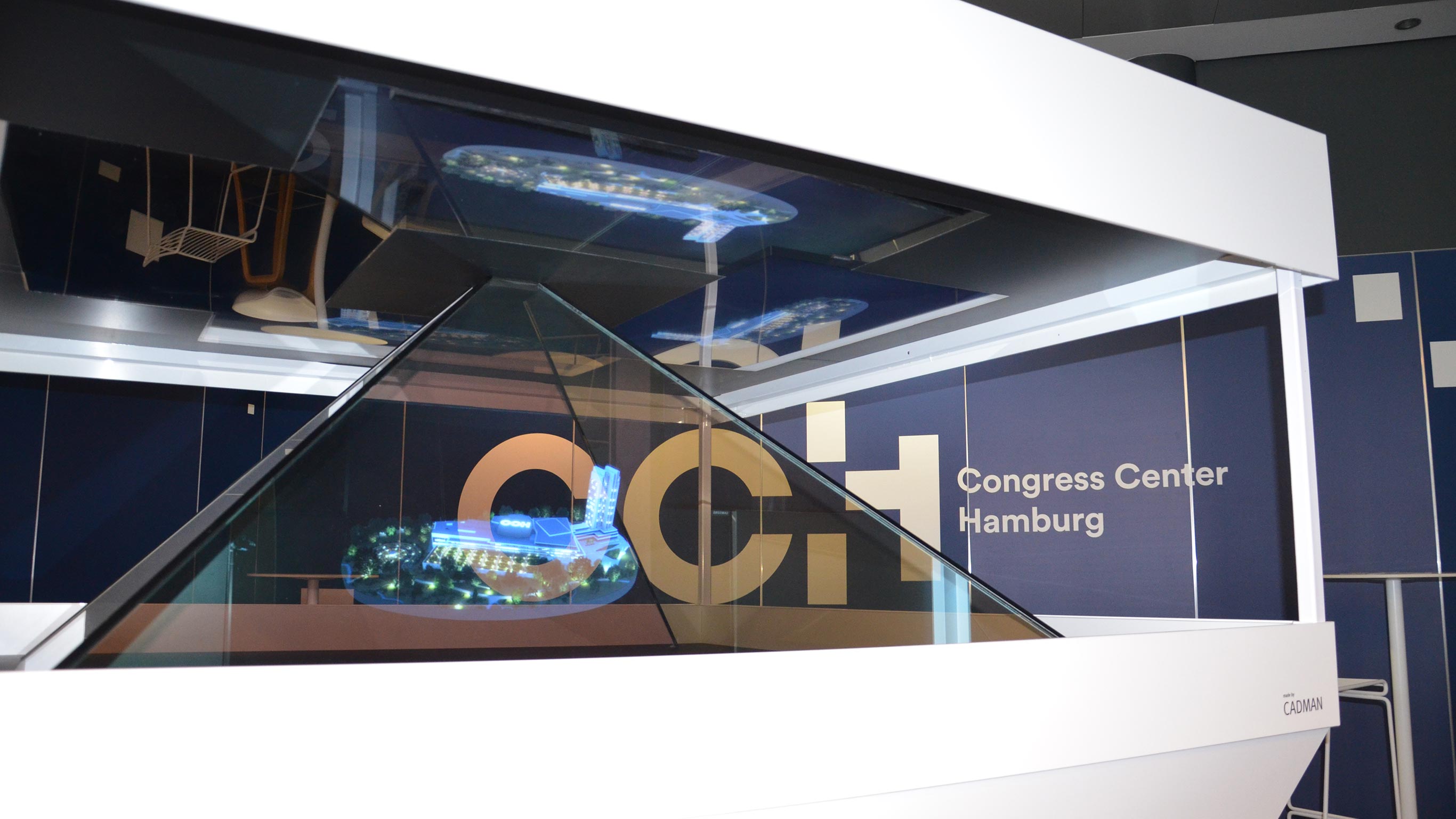 Sustainably Designed – For Events of the Future

The new CCH will offer more than 12,000 square meters of exhibition and foyer space as well as 12,000 seats in up to 50 halls. Hall 1 alone – which is protected as a historical landmark – has seating for 3,000 and is Hamburg’s largest hall with permanent seats. The new CCH is impressive thanks not only to its size, but also to its flexibility. All spaces can be individually laid out, which enables the simultaneous realization of multiple events.

“Altogether, the revitalization of CCH can be compared to a marathon in all facets: you need endurance, conditioning, stamina, resilience, and tenacity.“

The new CCH will also set standards with its modern architecture. Sustainability was the focus during the planning of the accessible building, with the goal of being certified Gold by the German Sustainable Building Council (DGNB). To ensure that the building can be operated in a resource-friendly manner, for example, air from the neighboring Planten un Blomen park is used for the air-conditioning. The intelligent lighting system – which will be able to use energy-efficient LED and compact fluorescent bulbs to bathe all spaces in light that suits the need – is also design with sustainability in mind. The appetites of visitors to the CCH will also be taken care of with food from exclusive caterer Käfer.

The CCH team had plenty to do during the reporting year in spite of the ongoing construction work and the closure of Congress Center Hamburg. Among the 30 CCH events in 2019 was the 71st Congress of the German Urologists’ Society with 6,800 participants at the largest medical conference. Regular customers such as ENDOCLUBNORD and the 19th Congress of the German Interdisciplinary Association for Intensive and Emergency Medicine were guests at the exhibition grounds. Additionally, 12 annual general meetings and corporate conferences as well as a number of smaller events all were realized in the halls of Hamburg Messe.
The largest event by far was the Rotary International Convention, which is not only one of the largest, best-known, and most international congresses around the world, but it is also the event of the year in the Rotary world. The fields in which Rotary Club members volunteer range from medical assistance and health education for groups without access to the health system and the integration of refugees all the way to supporting schoolchildren who have difficulty reading. The International Convention took place in Hamburg for the first time in 2019, with approximately 26,000 members from 170 countries coming together on the exhibition grounds from June 1 to 5 for the 110th iteration of the annual event. The revenue generated through tourism alone in Hamburg amounted to 24 million euros. On behalf of HMC, the Rotary International Convention was realized by the CCH team. The roots of the Rotary Club run deep in the Hanseatic City: the first Rotary Club in Germany was founded on the banks of the Elbe in 1927. That same year, by the way, the Überseebrücke (Oversea Bridge) – which also brings people together – was built in the port of Hamburg.

Heike Mahmoud, Chief Operating Officer of CCH – Congress Center Hamburg, was honored with two awards in 2019: she received the internationally renowned Paul Flackett IMEX Academy Award from the IMEX Group, as well as the well-known JMIC Profile and Power Award at the IBTM World Meetings Leadership Summit in Barcelona in recognition of her role as an advocate of the events industry and as an inspiring role model for women in influential positions.

Outlook for 2020 and Beyond

Heike Mahmoud and her team will ensure the creation of a suitable framework for international specialist congresses with several thousand attendees as well as for conferences, concerts, and corporate events. We already have more than 70 bookings for events with a total of over 190,000 participants through the year 2025. More information: das-neue-cch.de/en

At the ZEUS Fireside Chat on November 27, 2019, Heike Mahmoud and Hartmut Hofmann spoke with Thorben Grosser about the special features of the new CCH.


This podcast was recorded in German only, but you can read the transcript here.